The song “Warrior” from the movie is a famous Song, sung by Young Thug. The song is composed by Young Thug with lyrics written by .

And I’m a motherfucking warrior

And I’m a motherfucking warrior

And I’m a motherfucking warrior according to the score

After [?] that was so much weed you got to mow in there

We took em out, he had more in there

Bitches see me in that Honda Chevy, want my digits

Want my ticket, they can’t get it

Thinking nothing but these kitties

It’s impatient in the city got me frigid, but I’m getting it

Get the bags out the trash can, see too much weed I’m gon spaz

One cap out no pass

I live my life just like a warrior, I know that nigga up to something

He standing in the cold with no coat, catch a dime bag with an O and wipe your nose

Stay cold cause that pole on his throat

Hit the jeweler, leave out froze, my diamond blacker than coal

Her pussy dripping, all my pimping

I’m a hippy, know she with it

All the [?] fuck up your city, my diamond’s bleeding, Wicced’s pissing

We going in just like [?], she on the stage showing her kitty

Thug tattooed on her titty, I look like a ton of midgets

Make one phone call to the [?], they gon pull up right here with it

We not worried bout no jacking, that’s a ticket, no lieutenant

You know DK gonna squeeze it till it’s empty

Speaking of red, my [?] sponsored by red bottom

These bitches want everybody, my whole crew they got problems

We just looking like the [?] in the club, they know we got it

Got all of these bitches [?] for my bosses, plus your posse look like pasta

They two piece ya, then they leave, for your maker, know I need her

I got acres sitting on acres, motherfucker 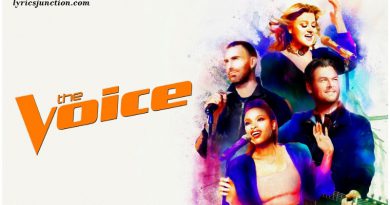 The One That Got Away Lyrics

Mothers Of The Disappeared Lyrics

I’m The Queen Of My Lonely Little World Lyrics

I Lost Me Lyrics